Transitioning to employee ownership can be a tax-efficient and effective strategy for firms that want to remain competitive in the federal contracting market.

With the many advantages that they provide companies, shareholders, and employee participants, employee stock ownership plans (ESOPs) are not a novel concept to most government contractors. As the government contracting industry continues to face significant challenges, companies that have not embraced employee ownership might want to reconsider implementing an ESOP.

Between 1999 and 2010, U.S. federal government spending more than doubled, with national defense spending increasing from $275 billion to $693 billion over the period. Consequently, government contractors benefited from increased revenue and earnings and higher market multiples, as well as a more active merger and acquisition market. However, after a decade of deficit spending, an economic recession, and a significant increase in the national debt, debate regarding the federal budget intensified within the U.S. Congress, resulting in the passage of the Budget Control Act of 2011 and, ultimately, the triggering of automatic budget cuts more commonly known as sequestration.

The reduction in federal spending and renewed focus on fiscal austerity resulted in a more challenging landscape for government contractors, including intense price competition and longer and less predictable procurement cycles. As a result, since 2012, the government contracting industry has experienced significant volatility in revenue and earnings, which was further exacerbated by the uncertainty caused by the federal government shutdown in October 2013. Although uncertainty has decreased more recently with the passage of the Bipartisan Budget Act of 2015 and the omnibus spending bill funding government spending for fiscal 2016, many government contractors continue to face the residual challenges of price competition and contract delays. In this difficult market, an ESOP could present an attractive opportunity for government contractors seeking to maintain a competitive advantage and optimize cash flows.

An ESOP is a qualified retirement plan that facilitates the transition of a company’s ownership from its current shareholders to its employees. ESOPs provide the sellers with a tax-efficient solution to succession planning and flexible transaction structures. Employees, often at no cost to them, are able to participate in the future success of the firm through equity ownership. Studies show that employee-owned companies benefit from higher worker productivity and certain tax advantages that ultimately result in improved cash flow. In fact, more than 9,600 companies in the United States already benefit from employee ownership, and the rewards are potentially more attractive for government contractors.

An Exit Strategy Worth Considering

The transition from active executive to passive investor, retirement, or another venture can be challenging for any business owner. The decision on how to appropriately exit a business can be equally strenuous, especially when presented with various options. Relative to most liquidity alternatives, by selling to an ESOP, owners typically have more flexibility as it relates to transitioning their ownership stake as well as their future role in management. In many instances, owners prefer to gradually transition responsibilities to a new generation of management. Unlike a typical sale to a strategic or private equity buyer, an owner can sell a minority ownership interest to an ESOP, thereby allowing the owner to maintain control of the business, achieve some desired liquidity, and participate in the future appreciation of the business, while also providing employee participants with an equity interest.

By selling at least 30% of the stock of a C corporation to an ESOP, an owner can defer capital gains taxes by investing the proceeds in certain qualified securities. If the seller holds on to these securities until death, their basis is stepped up to market value and capital gains taxes are avoided. It is also possible for the seller to create an actively traded portfolio by investing the proceeds in certain qualifying floating rate notes, which banks typically consider sufficient collateral to lend against at minimal cost. Because of this unique tax benefit, the after-tax proceeds earned in a sale to an ESOP are often equal to, and can potentially exceed, the after-tax proceeds from the sale to a third-party buyer.

A Right Fit for Government Contractors

A company can reduce or eliminate its tax burden by implementing an ESOP since contributions of cash and stock of up to 25% of qualified payroll are tax deductible. Because labor costs make up a significant portion of a government contractor’s operating expenses, the annual contribution limit is typically at the higher end of the range when compared with other employee-owned companies of similar size. Even when an ESOP borrows funds to finance a stock purchase, contributions to the ESOP that are used to repay the principal are tax deductible, along with the portion that is used to repay interest.

In an increasingly competitive and regulated industry, profit margins for government contractors have faced downward pressure, ultimately resulting in lower cash flows available to reinvest in the business or reward shareholders. By embracing employee ownership, a government contractor could counteract those market forces with ESOP-specific tax benefits, which are most significant for S corporations that are 100% owned by an ESOP. S corporations pass income through to their shareholders, who are then responsible for paying the appropriate taxes. When the sole shareholder is a tax-exempt entity, like an ESOP, federal taxes are completely eliminated.

When providing products or services to the federal government, companies must be conscious of which costs can be charged to the contract. These costs generally fall into two categories: allowable and unallowable. In the case of ESOPs, federal rules state that contributions of both cash and stock are allowable so long as they are not excessive and are distributed to employee accounts in the same year. As such, a company’s ESOP contribution is often reimbursed by the government.

The incremental cash flows afforded by a company’s S corporation tax status and the treatment of certain ESOP costs as allowable may allow companies to compete more effectively in the highly price-sensitive government contracting market.

Winning the Battle for Talent

A common challenge government contractors face is finding and retaining skilled employees. In recent years, demand for highly educated engineers and information technology workers has intensified, with the high-tech and financial sectors increasingly competing for these workers. In addition, government contractors are also challenged with the U.S. government recruiting their employees, a process called insourcing.

One of the many incentives a government contractor can offer its current and prospective employees is participatory equity ownership through the ESOP. Much like other defined contribution plans, an ESOP provides retirement benefits that achieve tax-deferred growth until the employee receives a distribution. However, when it comes to ESOPs, this benefit is typically realized at no direct cost to the employee. Further, studies suggest that employee productivity improves once a company establishes an ESOP, potentially resulting in higher revenue and earnings relative to what might have been generated without it.

A Winning Strategy for Owners, Employees, and Companies

The exit strategies business owners ultimately decide to pursue have significant consequences not only for the owners but also for the companies they leave behind, including their employees. For many companies, implementing an ESOP is an ideal way to provide owners with liquidity and certain tax advantages, while also offering current and future employees an incentive to contribute to the success of the firm. The unique nature of the government contracting industry makes many companies that provide services to the federal government great candidates for ESOPs. 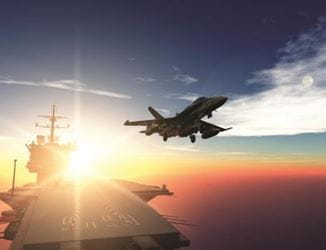