In an unpublished opinion, the Ninth Circuit Court of Appeals reversed and remanded the ruling of the Tax Court with respect to its determination of value of a 41.128% limited partnership interest in Giustina Land & Timber Co. Limited Partnership.

The primary issues in the case included the determination of the appropriate valuation methods to use, assigned weightings, application and magnitude of valuation discounts, and companyspecific risk. In addressing these issues, the Ninth Circuit determined the Tax Court erred in its analysis, departing from the hypothetical willing buyer/seller standard inherent in the Fair Market Value definition.

The significant disparity in value between a liquidation of the assets of the partnership and the value derived from continuing operations was a focal point in Tax Court. The parties stipulated to a net asset value of the partnership of $150.7 million, which included a 40% discount to account for the time necessary to sell 48,000 acres of timberland. The taxpayer expert opined that the value of the timberlands is irrelevant because a holder of the subject interest could not unilaterally force the sale of the partnership’s assets.

The Tax Court focused on the application of the cash flow method and asset method, finding the Service’s expert to be unpersuasive with respect to his application of the cash flow method. In addition, the Tax Court found fault with the taxpayer’s cash flow method with respect to (1) tax affecting the earnings of the partnership; and (2) the applicable rate of return used to discount the cash flows to present value. In developing the appropriate discount rate, the taxpayer expert applied a company-specific risk premium of 3.5% due to non-diversified operations. The Tax Court reduced this adjustment by half stating that investors can eliminate such risks by holding a diversified portfolio of assets. Adjusting the taxpayer expert’s analysis resulted in an increase in value from $33.8 million to $51.7 million based on this approach.

With respect to the discount for lack of control (DLOC), the taxpayer expert did not apply a discount, given his analysis reflected the cash flows that a minority owner would expect to receive. The Service’s expert applied a DLOC of 12%. The Tax Court stated the detriment of lack of control was accounted for in the probability of not being able to garner the requisite votes to liquidate. Thus, the 75% weighting to the lower value income approach inherently captures this detriment.

The taxpayer expert determined a discount for lack of marketability (DLOM) of 35% based on restricted stock studies and pre-IPO studies, placing greater weight on the pre-IPO studies. The Service’s expert determined a DLOM of 25% based on the same studies, relying more heavily on the restricted stock studies. Given the taxpayer expert’s testimony that 25% was within the range of reasonableness, the Tax Court selected a DLOM of 25%.

The Tax Court determined the percentage weight to be accorded the cash flow method should be equal to the probability that the partnership would continue to be operated as a timber company, which it determined to be 75%. The Tax Court reasoned that there was a 25% probability that a sufficient number of partners would cause the sale of the partnership’s assets, stating the following:

It is true that the owner of a 41.128-percent limited partner interest could not alone cause the partnership to sell the timberlands. However, there are various ways in which a voting block of limited partners with a two-thirds interest in the partnership could cause the sale. The members of such a voting block could replace the two general partners, who have the power to sell assets and make distributions. Alternatively, a two-thirds voting block could dissolve the partnership, an act that must be followed by the distribution of the partnership’s assets. We are uncertain how many partners would share the view that the timberlands should be sold. The uncertainty does not prevent us from estimating the probability of the sale.

In justifying its rationale for placing weight on a liquidation method, the Tax Court cited Davis2:

The Ninth Circuit decision found the Tax Court’s logic regarding the value derived from the liquidation approach was improper given evidence in the record to the contrary, stating:

Further, the Ninth Circuit cited Simplot3, stating the Tax Court engaged in “imaginary scenarios as to who a purchaser might be, how long the purchaser would be willing to wait without any return on his investment, and what combinations the purchaser might be able to effect” with the existing partners. Similarly, citing Olson4, the Ninth Circuit stated “elements affecting value that depend upon events or combinations of occurrences which, while within the realm of possibility, are not fairly shown to be reasonably probable, should be excluded from consideration.”

Lastly, while acknowledging that diversification of assets is a widely accepted mechanism for reducing company-specific risk, the Ninth Circuit held the Tax Court erred by failing to adequately explain its basis for reducing the taxpayer expert’s companyspecific risk premium. The Tax Court decision stated only that “[i]nvestors can eliminate such risks by holding a diversified portfolio of assets,” without considering the wealth a potential buyer would need in order to adequately mitigate risk through diversification.

Accordingly, the Ninth Circuit reversed the decision and remanded to the Tax Court for recalculation of valuation based on the partnership’s value as a going concern. 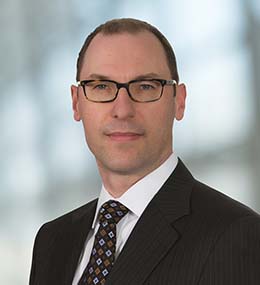